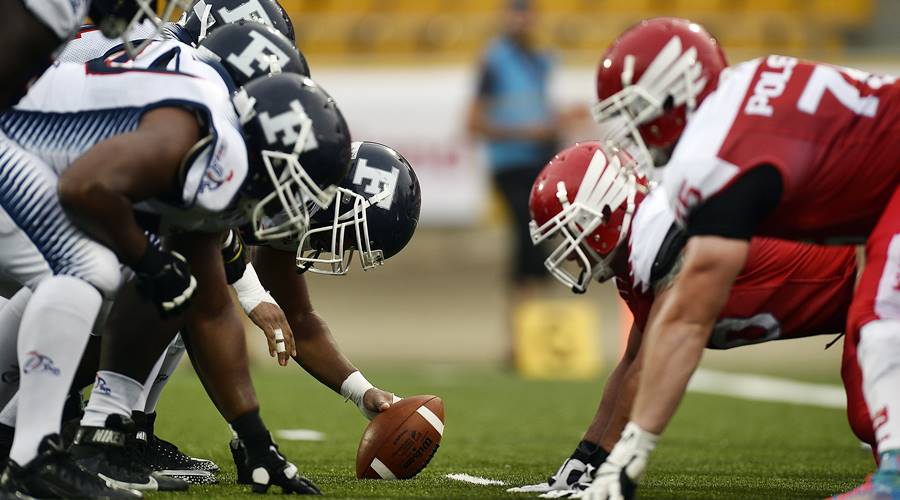 Football basics are pretty basic. American football is a game, after all. Not rocket science. Like most things we don’t know (which means things we haven’t yet learned), those who DO know football basics often disguise them in a sea of jargon, which can make us feel stupid. And who can enjoy something that makes them feel stupid, right?

Now, we’ve got plenty of jargon for you in our sections on football rules, positions, penalties, plays and even a little basic football strategy, any and all of which we trust you will not use to make others feel stupid . . . except maybe those who made you feel stupid in the first place. Ditto for our American football history and trivia, which should provide you with great material for placing bets with those know-it-alls. But before moving on to the details, it’s useful to first take a look at the most basic of football basics: The Big Picture.

American football is a game in which there are two teams of eleven players each (that is, eleven players for each team allowed on the field at any one time; there are plenty more waiting on the sidelines, . . . but that’s another story).

And speaking of sidelines, here’s a look at them, with a regulation football field in between.

You’ll notice that, when seen in this diagram version, a football field resembles an old-fashioned board game, like checkers.

And at its most basic, that’s pretty much what football is: checkers on grass.

As in checkers, the “pieces” are attempting to move into their opponents’ territory. In checkers,the pieces move from box to box. In football, it’s line to line. Note the stripes marked across the hundred-yard football field at five-yard intervals. The rule is that a team must move the ball forward a minimum of ten yards in four tries (called ‘downs’) in order to get another chance to move the ball ten yards in four downs.

Yes, we know: it sounds a lot like ‘the bear went over the mountain.’ Because, in a way, that’s what it is. We told you American football was basic!

But, of course, the ultimate goal is to move the ball all the way into the opponent’s end zone, which you can also see marked on our diagram, one at each end of the football field.

If you’re a romantic, you might see this as an invasion of the wicked King’s castle, with the Knights of Truth and Justice (your team) prevailing over the Forces of Evil (their team.) Trouble is, whether our “checkers” become knights or just plain old football players (your choice), when they actually move out onto the grass (or AstroTurf, as the case may be), they start moving a lot faster than your average little round checker.

To the beginner, this can make a football game look a lot like a half-price sale at Filene’s.

But don’t worry. We’ll get into more strategies for seeing through the madness in our section on how to watch a game of football on television. Meanwhile, to get you started, we suggest you simply focus on the ebb and flow of the teams as a whole as they move up and down the football field.

For now, don’t worry about which individual has the ball. It’s too small to see most of the time anyway, besides which,as you’ll discover in our advanced tutorials, American football is a game of deception, and the offense is always trying to deceive the defense into thinking someone has the ball when they don’t.

So, yes: we’ve got football terms, rules, positions, penalties, plays, and strategy waiting for you in the wings. But concentrating on the simple ebb and flow of the teams is a kinder, gentler wayfor you to get comfortable with the football basics you’ll need to understand the game.

Besides which, since the teams are color-coded for your viewing convenience, all you have to do to get stared is pick a color and start rooting for your color to get into the other color’s end zone more often than they get into yours. Now, how’s that for basic football basics!?!

The 2018 season was fairly unique for the Big Ten West, and not just because Northwestern won it despite finishing fifth in S&P+ in the division.

How to withdraw money from Steam?

Steam is a kind of your remote drive with games. The most popular games on Steam are online games, because it was created for them. One of the whales of 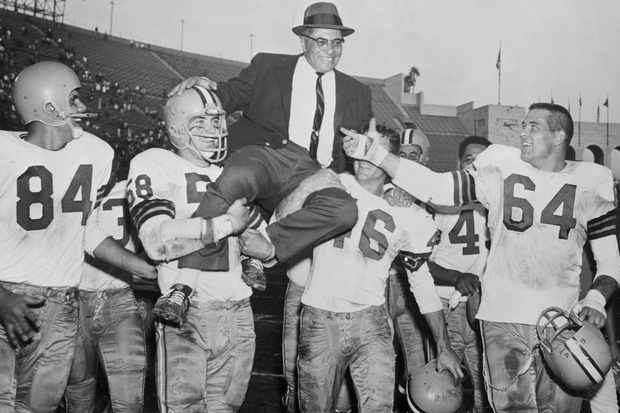 The NFL has been viewed as one of the most profitable, and entertaining, sports businesses in the world. The NFL itself took in more than 13 billion dollars in 2016